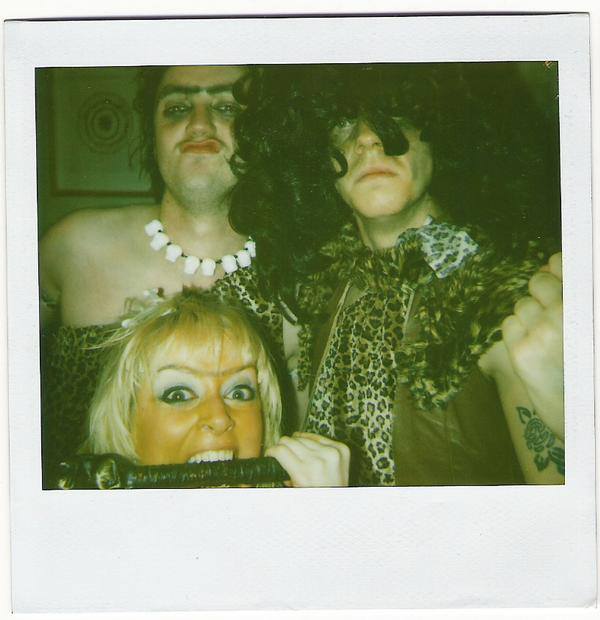 “Ruby tombs are the most imaginative, raw and sexy (like fucking on cold sheet metal) bunch this side of the Yah Yah Yahs (…) Live, Sparrow’s primitive drums and Rook’s post-metal guitar shrieks act as the perfect backdrop for Miss Lauralee, the vintage dream, to throw her performative weight around. Though she sings of the kitsch horrors of the Bradford street and the bitchy bitchy world of second hand clothes shops, she is vampiric when clutching the mic. Posing and purring, she is a fierce creature, a blend of slasher victim polka dots and teenage temptress. Put bluntly she is pretty cool. Is she aware of her iconic potential?
“No”. “
– ALEX MILLER, ARTROCKER MAGAZINE 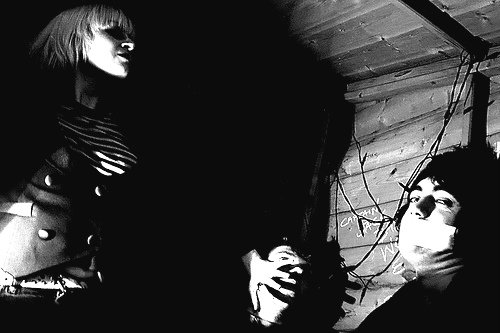 On 26 May 2013 Laura joined with Adam Theakston and Liam Patchett in resurrecting their long dead creepbeat band, Ruby Tombs, especially for a one-off gig in their birthplace and spiritual home, Bradford. Bringing their alter egos, Lauralee, Bobby Sparrow and William Rook back from their mid-noughties graves, the trio entertained the rabble at the 1in12 Club as part of Threadfest, curated and organised by Andy Abbott.

They played all the hits, including their clattering 2006 single Those Who Can’t: 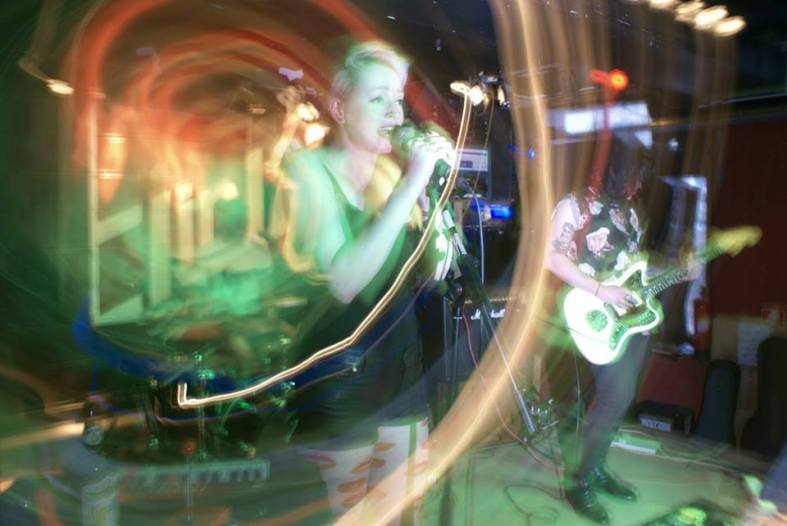 Lauralee was the front-woman and co-songwriter in Ruby Tombs for several years. The band released a 7″ single, Those Who Can’t on indie label Art Goes Pop in February 2006 to acclaim from reviewers and DJs alike. They received airplay on BBC Radio One, BBC Radio 6 Music and Xfm among others and the single was praised by Rough Trade record store, who named them 7″ Single of the Week. They toured the UK, gigged regularly in the north of England and were featured in Plan B and Artrocker magazines.

“Armed with a fabulously trashy debut single – ‘Those Who Can’t’, this is strikingly primal & struttingly sexy music for people obsessed with eyeliner & The Cramps…Lauralee sounds like she’d glass you for looking at her tigerskin catsuit ‘a bit funny’. “
– NORMAN RECORDS

Ruby Tombs placed an emphasis on their live performances, creating elaborate do-it-yourself costumes and incorporating props and characters into their live sets. The often off-hand, occasionally antagonistic and always energetic Lauralee took delight in stalking, shocking and embracing her audiences to the point that they didn’t really know where to look.

“Like The Slits dancing on DFA1979’s grave, this is a truly beautiful aural spectacle. Sludgily sexy, knowing yet enthusiastic and fantastically full-on, this is intelligent disco dirge of the highest order. Drowning the suspicion of a tune under a jerking clockwork rhythm and guitars which sound like they crawled out of recently irradiated swampland, it also features a theremin, cowbells and handclaps, three of the finest musical accompaniments known to man.
All these rather fine ingredients are thrown together into a delightful punk-thrash disco mess with a hint of Hammer Horror miswired robotics and with more energy and virulence packed into two songs than most bands manage to scrape together over the course of an entire album. It wears its influences with a stubborn pride, but it’s also inventive, surprising and packed with idiosyncratic, jeering flashes of personality. Those who like their hideous noise with a fortifying dose of intelligence, humour, substance and discomforting sensuality should not let Ruby Tombs pass them by.”
– REPEAT ZINE